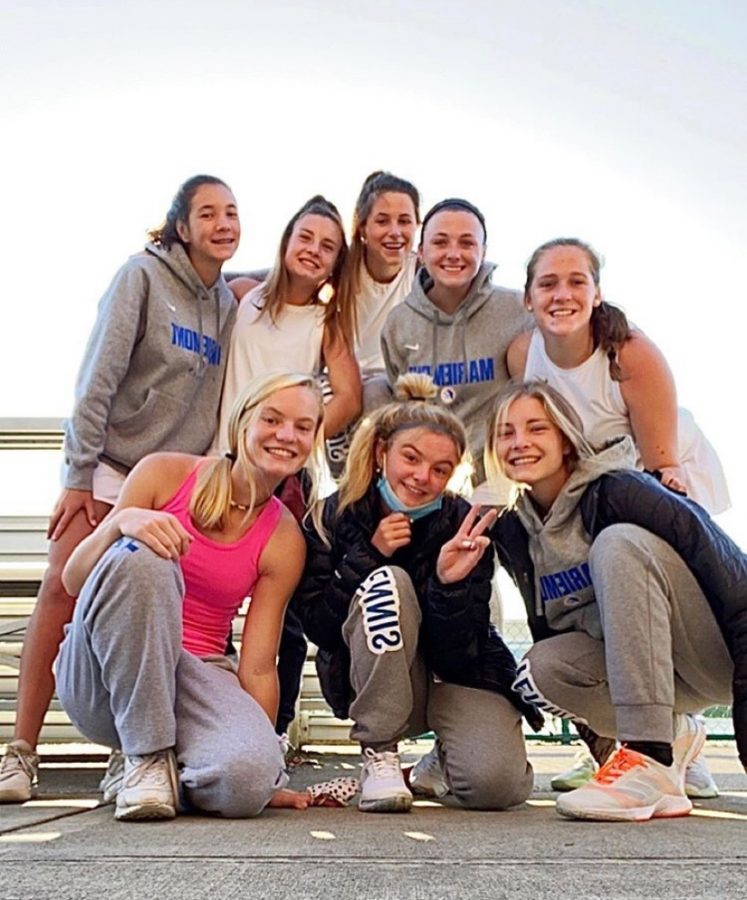 Girls Tennis experienced one of their best seasons on record. They had an overall record of 18-3 and a #3 ranking in the GCTCA Division II Coaches Poll, the highest ranking in over 10 years.

Senior Captain, Logan Wilhelm describing the season said, “Compared to others, this season was probably my favorite. I really enjoyed the girls that played on the varsity team, and we got way more opportunities to hang out and do things together that we wouldn’t have normally done because of COVID. We also had the most talented team yet. It was a good feeling for us all to know how much we had accomplished.”

The team also had success in their tournaments. They won the Coaches Classic tournament and Sectionals. Also, all 7 varsity girls qualified for districts, which is something, according to Wilhelm, that is “unheard of.”

With impressive overall records, members stood out: Kate Taylor with a 14-6 record for 1st singles, and Lucy Neville and Caroline Soller with a 8-0 record for first doubles.