Lion Fish Are Taking Over The Atlantic 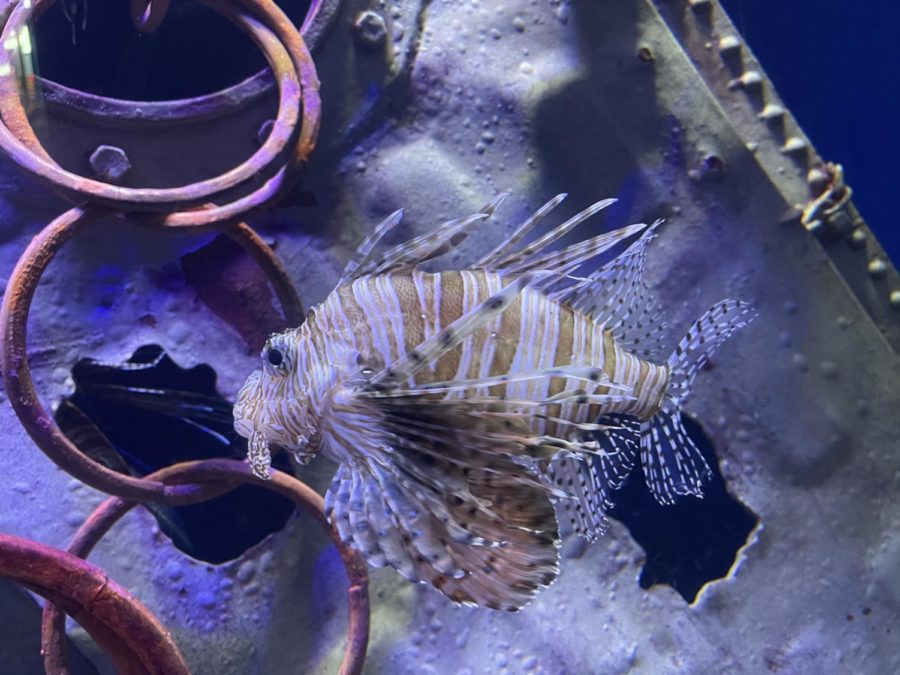 Lionfish are an invasive species. Their mysterious arrival to the Atlantic is unknown, but the first reported sighting of these species was in 1985. By the early 2000’s sightings slowly began to become more frequent, and, since 2005 their population has exponentially swelled. In 2020 NOAA’s map estimates that there could be over 1,000 lionfish per acre in the northwestern parts of the Atlantic Ocean.

The effects that Lionfish are causing to the ecosystem of the Atlantic Ocean are detrimental. As their populations begin to grow, they are putting additional stress on Coral Reefs. The species of fish eat just about anything since they have stomachs that expand up to 30 times their volume- meaning that they have the ability to eat fish up to twice their size; preying on numerous herbivore fish that eat and control algae levels within the ecosystem. This can lead to unwanted algal blooms which could cause deaths of the reefs through a process called Eutrophication.

And since climate change, pollution of the oceans, and rising ocean temperatures are already gradually killing our reefs, this is no good. A solution needs to be found in order to keep the Atlantic Ocean marine life thriving and diverse.

But what can we d0? – Lionfish populations are still rapidly increasing as they have no known predators in the Atlantic Ocean to manage population levels. Many scientists today are still looking for a solid solution to this problem.

One example includes the National Centers for Coastal Ocean Science (NCCOS) ongoing project since November 2012 that studies biological and ecological traits of the invasive predators. This gives beneficial insight on the impact they have on the coral reefs. These evaluations enable researchers to develop control strategies to combat the invasive species. Fisheries are also being rewarded to catch lionfish and put them on the market (Besides the venomous spines, the rest of the lionfish is actually edible!).

Unfortunately, invasive species are aggressive and it’s tough to control their populations. So far, the voracious lionfish remains triumphant in dominating the Atlantic. We can only hope that the near future brings advanced technology and an answer to curbing the species’ population.